A Beautiful Day in the Garden and Some Stitching!

Happy Friday!  I was up early and took my walk while the sun was still coming up. A good way to start the day.
I've been working diligently in my garden and continue to harvest lettuce and zucchini.  My asparagus is starting to really look like asparagus and my tomato plant is ready for the hot days of summer. 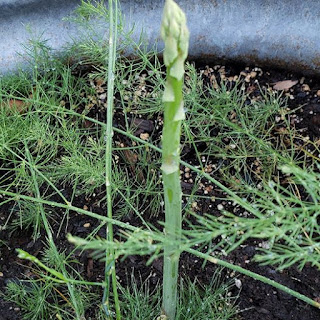 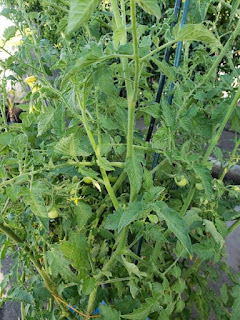 I am upping my gardening game.  My son and I discussed kumquat trees several months ago.  It is a type of tree that does well inside and he was considering two for his house in Iowa.  Kumquat trees are really expensive in Iowa but are more reasonable in California.  I picked up two and told my son that the trees are his but will have to live with me.  They will be part of his inheritance.  LOL  As for the lime, I really like limes on my tacos...that's the only the reason I need. 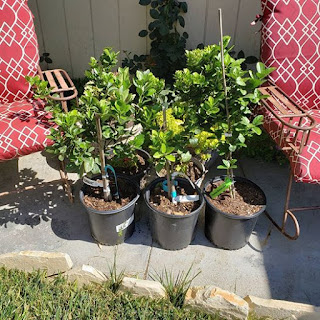 My patio is my quiet place.  My plants are growing and it is lush and cool.  All of my geraniums are blooming. 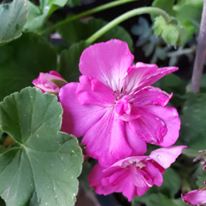 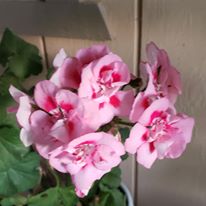 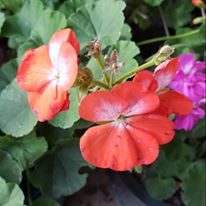 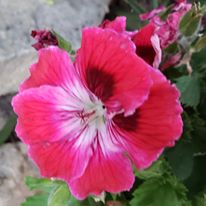 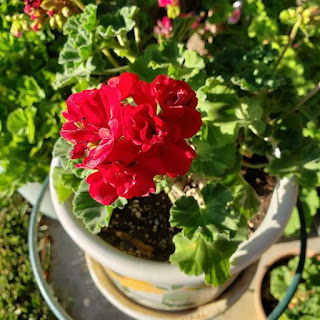 There are a few rose bushes on their second bloom. The blooms are not as big, but just as beautiful. 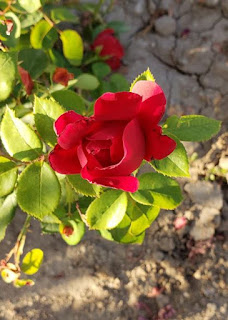 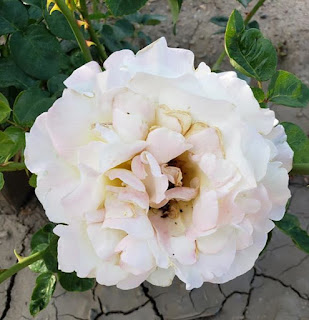 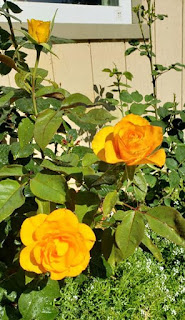 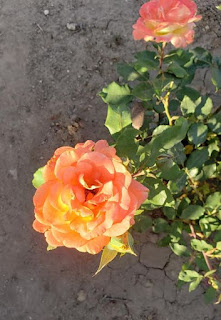 For those who remember when I used to stitch, I have an update.  LOL  I started on this SAL last January.  Still working on April's pattern...but that's okay.  I realized that I spend way too much time on YouTube, playing games on my phone and hanging out on Facebook.  Decided that I needed to better organize my time.  I set the alarm on my phone for 8 pm.  As soon as it goes off, I put my phone in the other room and sit down and stitch.  I am seeing progress.  What a surprise! 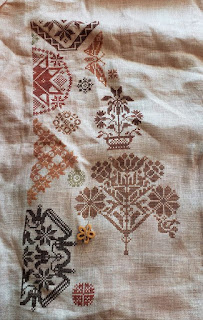 This pattern is from Linen and Threads SAL...on FB.  LOL  I somehow counted incorrectly so I will be missing the bottom two inches.  I'm okay with that.  I think I miscalculated the true count of my linen. I have a horrible habit of leaving off the names and counts of my linens when I put them in storage. Silly me!!
I hope that all have a beautiful weekend.  Be safe.  Be kind to one another.
Posted by Angela Tucker at 10:31 AM 5 comments:

Happy Saturday morning!  I was so adamant on getting back to my blog that I set my phone alarm for 8 am on Friday.  It went off right on time...as I was watering my garden.  LOL  I should have known better.  As soon as I finished I needed to drive Mr. Daisy to town.  The three stops turned into six stops and three hours.  Of course I had to take a nap when I got home.  LOL

But today is a new day and I'm ready for the challenge.  I have a beautiful 2008 Starbucks coffee cup that I usually use for my morning coffee. 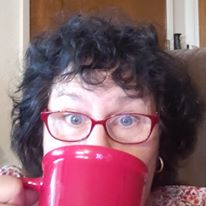 Last week, I found a companion cup and this baby is just perfect for that morning when you are extra happy.  Don't you just love that green? 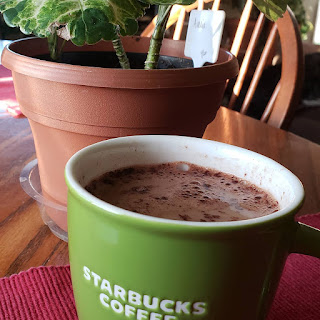 Sill no stitching.  Sigh.  I get all excited, pull out my pattern, set my q-snaps...and nope.  Just sit and stare at my phone.  I'm a stitching loser.  LOL

I am doing great on the gardening front.  I keep all my veggies in pots since I have dogs that don't understand anything about social distancing.  This is the first time I've grown lettuce.  I harvest the leaves around the edges of the plants.  I've had nine meals so far and the plants are still going strong. 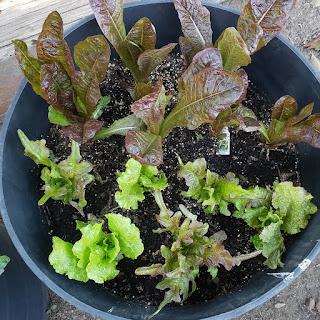 I researched how to plant asparagus.  It was recommended that you plant them in the ground for longest life.  Twenty years.  If you plant them in a container, you may only get ten years of harvest.  I'm almost sixty years old...I went with the container.  LOL 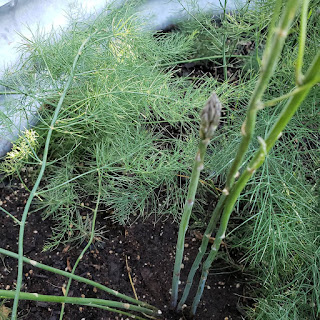 I've got tomatoes and zucchini growing.  No tomatoes yet, but the weatherman is promising 100 degree temperatures next week.  I'll be miserable, but that should help to redden up the tomatoes.  LOL 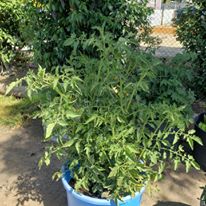 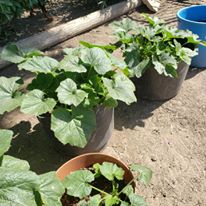 My roses are done with the first round of blooms, but I'm putting a few on here for your viewing pleasure. 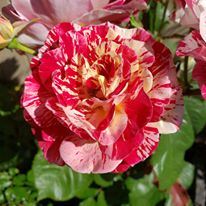 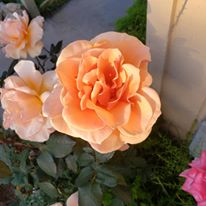 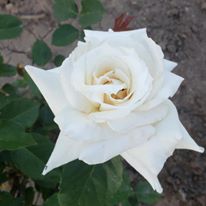 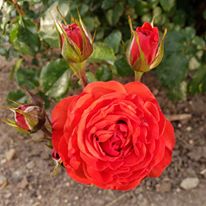 One of my beautiful irises. 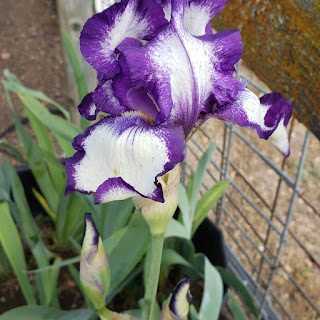 I leave you with good thoughts and hope for a happy day.  Be safe.  Each of us have darkness to fight.  Be kind to one another.

It has been so very long since I have posted.  Life has changed, not necessarily for the better, but not for the worst.

My father passed on November 11, 2018.  After ten years of caring for him, it seemed anticlimactic when he died.  I realized early in the week that it was getting closer so I took time off of work to be with him.  He was put on Hospice on a Wednesday and passed on Sunday morning.  He went in his sleep...probably to spare me that last moment.  I must admit that I was calm and made the required calls.  I waited until he was put into the van.  Then I completely broke down.  It seems that the last year and a half has gone by in a blur.  I'm able to think of him without crying and can speak of him without focusing on the hard parts.  My uncle, my father's older brother, died the previous Monday.  There is only one funeral home in my town.  When I went in to plan my dad's cremation, I used my father's last name.  The poor secretary had to ask me which one as my uncle was there at the same time.  I find it funny now, but didn't at the time.

My husband's stroke is now at the two year mark.   There are still residuals.  It is difficult for him to walk but he carries on the best he can.  He knows that he is different, but tries to ignore all the pain.  He still wants to be seen as the man that can do anything.  Okay.  But I can see it and try to do most of the yard work and gardening.

I retired at the end of June 2019.  I had become annoyed at the never ending audits, budget meetings and general crap that comes with a state job.  I was invited to a wedding on June 28th and decided that I was never going back to work.  Really.  That is how I made my decision.  And...I have not had a single moment of regret.  I have my crafts, my gardening, my house plants...and my husband.  He doesn't drive much anymore, so I spend a lot of time driving Mr. Daisy.

I have thought of my blog often, of the people I met, the people that became my friends.  I really have no excuse...life just got in the way.  I would lay in bed and think of all the things I should post.  Then...nothing.  I just couldn't find the energy or time to think about my life.

So this evening I gave myself a kick in the butt and told myself that I have no more time for excuses.  I don't know if there's anyone still out there, but I need to get back to myself.  And part of myself is my writing and sharing.  I have lots of craft projects to catch up.  Here are a few roses from my garden to brighten your day. 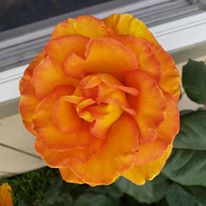 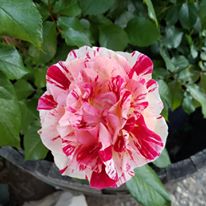 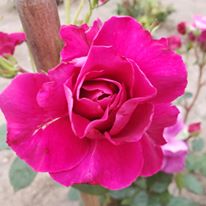 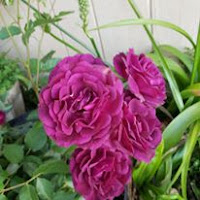 I hope that all is well.  Be kind to one another.
Posted by Angela Tucker at 7:34 PM 7 comments: